To provide a joint basis of knowledge and team spirit in the project, six training events are organized for project-wide training in important scientific aspects of the projects, engaging the world’s best experts in the field.

The conference has been posponed one year from its initial date (Sept 2020) due to the COVID-19 pandemic.

When Yuri Gagarin was launched into orbit in 1961, the probability of a rocket blowing up on take-off was around 50%. In those days, one of the most persistent causes of failure was a violent oscillation caused by the coupling between acoustics and heat release in the combustion chamber. Today, such “ thermoacoustic” oscillations still represent  a  very significant challenge for the development of rocket and gas turbine engines  and  are being studied extensively.

The ultimate goal of rocket and gas turbine manufacturers is to eliminate or control thermoacoustic oscillations, either through feedback control or passive control. For most applications passive control - either by good initial design, or by adding a passive device to an existing system - is preferable.

In order to control a thermoacoustic system passively, it is necessary to understand why the system oscillates. It is well known that acoustic perturbations to the velocity or pressure cause heat release perturbations some time later, and that these lead to the feedback loop described above. Other mechanisms, such as the reflection of entropy waves at a sonic throat, are also known. However, experiments show that even small changes to a system can significantly alter its stability, showing that the details of these processes are very influential.

The aims of this course were: to describe how thermoacoustic oscillations arise, to show the acoustics-flow-flame interactions that cause fluctuating heat release, to show how these details are uncovered through experimental measurements or high fidelity simulations, to introduce linear and nonlinear methods of stability analysis and to give examples of these processes in industrial combustion systems, in particular aero engine combustors.

Models may originate from different sources, such as (i) first principles - e.g. Newtonian mechanics or (ii) observations - e.g. the annual production of timber per hectare of forest, and its dependency on geographical and climatic factors. Most practical models lie somewhere between these two examples, involving both first principles and data. Machine learning is a broad term which covers the theory and practice of mathematical models that rely on data.

Probabilistic models may use priors to express knowledge or beliefs about aspects of the model. Simplifying assumptions often facilitate use of the model, but the conclusions drawn from a model are conditional on the assumptions being valid. Practical modelling is therefore always a trade-off between model expressivity and computational simplicity.

The specification of a model includes the complete structure as well as all assumptions (and priors) used as well as any pre-specified parameters. In practice, we need to be able to (i) treat the unobserved quantities (training); (ii) make predictions on test cases; (iii) interpret the trained model; (iv) evaluate the accuracy of the model; (v) choose between different models. All these tasks need to be solved either exactly or approximately, on a given budget of computation and memory.

This workshop will be an introduction to Probabilistic Machine Learning, which is one approach to the above tasks.

CERFACS in Toulouse has organised 4-day workshop in April 2019 to train students on the LES technique for the simulation of spray injection, atomization, evaporation and combustion in transient turbulent reacting flows. This involves mesh generation and quality, discretisation schemes, initial and boundary conditions as well as turbulence modelling, combustion and two-phase flow. Classes and courses were accompanied by hands-on sessions using the codes of CERFACS (AVBP/AVTP/PRISSMA).

In Munich, Workshop C has been organized by TUM in September 2019. Two 2-day workshops have been organized on the topics of entrepreneurship and time management, to train the Magister ESRs with soft skills that can be applied all throughout their future career.

At the Karlsruhe Institute of Technology (KIT) a 4-day workshop will be organized in October 2020 on the laser diagnostic equipment available for measurements of the properties of liquid and gas fields. World-class experts will provide lectures and hands-on demonstrations will be given on the spray test rigs at KIT. Data management is very important, and therefore instruction will be given on project-wide data storage and consistency of generated data.

World-Class Experts presented at our Workshop on Application of Machine Learning on CFD of Combustion Dynamics.

Dr Corentin Lapeyre obtained his PhD at CERFACS in 2015 on high fidelity simulations of combustion instabilities under supervision of Thierry Poinsot. He followed up with a postdoc at IMFT performing DNS of flame-turbulence interactions with new prospective fuels. He was appointed a research scientist at CERFACS in 2018, where he now contributes to multiple actions regarding machine learning for physical modeling and HPC. He coordinates the Helios workgroup on this topic between several academic and industrial partners. He has supervised a dozen students at various study levels, on applications ranging from CFD for aerospace engineering, forest fire tracking from aerial images, hydrology and hydraulic modeling for flood forecasting, and data assimilation for geological flows in the field of oil and gas.

I obtained my PhD in 2014 at CERFACS under the supervision of T. Poinsot and L. Gicquel on thermoacoustic instabilities in annular combustors using both theory and LES simulations. Since 2017, I am an Associate Professor at ISAE-Supaero (Toulouse, France) working on high-fidelity simulation and optimization of both aeroacoustic problems and bio-inspired aerodynamics. I also lead the research in Artificial Intelligence applied to fluid mechanics at ISAE-Supaero, with a peculiar emphasis on accelerating current CFD solvers and provide new tools for flow control and optimization

Recording of the Talk
Slides

Alireza is a fellow researcher in the Magister project and a PhD candidate at University of Twente. He has worked on blade shape optimization for gas turbines using artificial neural networks followed by CFD simulations of diesel sprays as an energy engineer in Polytechnic University of Milan. He is currently interested in the application of unsupervised learning algorithms in combustion modeling and control. 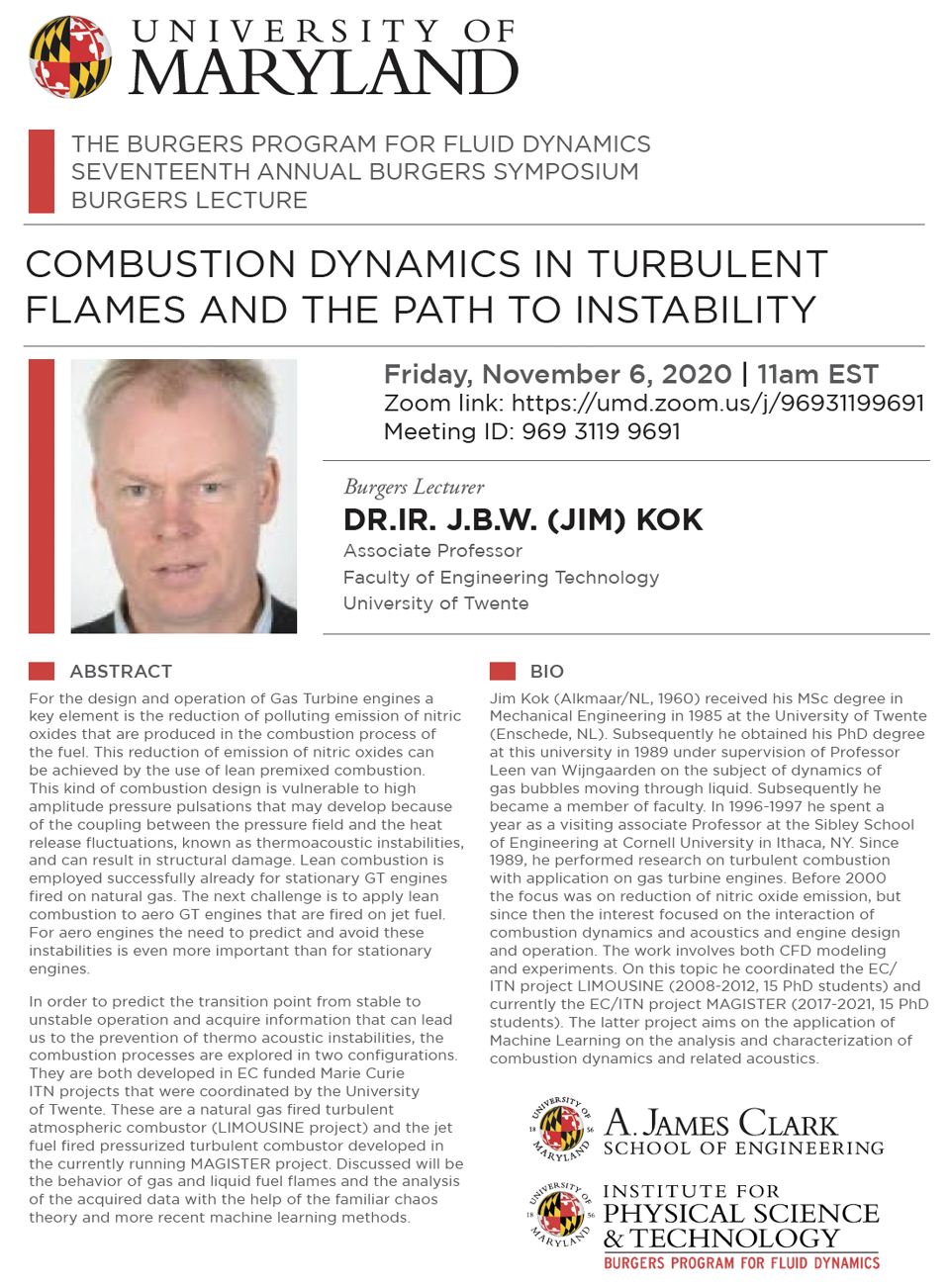